Frank Sieren about the future of China.

Frank Sieren, journalist and one of Germany's leading China experts, as Distinguished Guest Online at the Entrepreneurial School®.

No other Western journalist has lived in China probably as long as he has: Frank Sieren is a columnist for the Handelsblatt newspaper and, with his 25 years of experience, is regarded as one of Germany's leading China specialists. The best-selling author and documentary filmmaker sees the beginning of an enormous epochal upheaval. The weight of power in world order is clearly shifting towards Asia, with China as the epicenter. He believes, that this means a phase of rivalry for the formerly dominant West, especially in the technology market.

Sieren is convinced that shaping the future is no longer possible without China's perspective and innovation. In order to continuously being able to contribute political values and ideas to the new world order, the West must open itself up to the Chinese perspective: "More than before, we must learn to adapt to China’s innovation thrusts and to manufacture products that China needs". In any case, Sieren confirms that the newly established China Center at the Entrepreneurial School®, led by Prof. Wei Manske-Wang, for an intensive academic exchange is pointing the way forward.

Chinese technologies are already comparable with Western ones and advance rapidly in terms of development but also in regards to application technology. "Roughly speaking, the Chinese are adept at bringing innovations to market and turning them into mass products," says Frank Sieren. Since Europe currently still heavily relies on basic research, he said, it should have a much more open attitude toward innovation. The fact that there has still been far too little exchange in this respect shows Europe's political and scientific weaknesses particularly clearly in the current crisis, which is downright worrying, he says.

Sieren certainly sees potential for an industrial and research policy like that in China as a model, but the "how" is decisive: if state control and investment lead to free competition, then smaller competitors also get the chance to rise, and this is to be supported with regard to the economic cycle. Keeping state-owned enterprises alive for the wrong reasons is definitely a point where the Chinese government still needs to follow up considerably, so the expert.

This makes it even more important to learn from each other and to initiate a more intensive transfer of knowledge. Frank Sieren is certain that the closer Asia and the West work together, the lower the risk of something going wrong, because "the Chinese have perhaps understood more than we do in Europe that in a global community you can only advance innovation together. They only do it alone if they are moved to do it politically; otherwise the Chinese are very interested in cooperation and learning from others."

For example, employee rights in China have been evolving to more Western standards because of the foreign companies, which operate there. In addition, the issue of environmental protection has also already changed significantly - in contrast to what is widely perceived by the West - as a result of pressure from the population, Sieren emphasizes. With further social developments, economic cooperation and its newly strengthened innovative power, China will make a decisive contribution to changes at global level and clearly position itself in a multipolar world order. 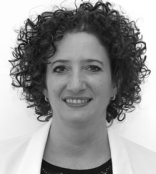 Mag. Bettina Stichauner Head Alumni Center +43 512 2070 - 1700This email address is being protected from spambots. You need JavaScript enabled to view it.
Weitere Informationen