"Building bridges" is the motto of the China Center established at MCI - and in many ways: between Europe & China, science & business, research & teaching and alumni & employers. Therefore, the networking meeting between the delegation led by the Chinese Ambassador LI Xiaosi and Tyrolean companies organized by the Province of Tyrol, the Tyrolean Chamber of Commerce and the MCI took place at the Entrepreneurial School®.

The networking meeting, which was a great success, focused on talks on intensifying cooperation between Tyrol as a center of science, higher education and business with the Chinese delegation, whose interest in connection with the 2022 Winter Olympics in Beijing is primarily focused on the topics of technology, innovation & winter sports.

Great enthusiasm is also shown by the Tyrolean Economic Regional Councillor Toni Mattle, National Councillor and Chairman of the Cable Car Association Franz Hörl and the Head of Foreign Trade of the Tyrolean Chamber of Commerce Gregor Leitner, who equally emphasize how important it is for Tyrolean companies to position themselves globally, to be actively present in foreign markets and to develop fields of strength together with the universities at the location. "China in particular, with a population of 1.4 billion people striving for quality of life and prosperity, offers excellent opportunities for cooperation in this regard," Provincial Councilor Toni Mattle is convinced and invites Tyrolean companies to seize the opportunities arising from the partnership agreement. 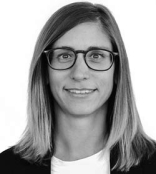