Under the umbrella of the UN Global Compact, the UN’s Principles for Responsible Management Education (PRME) initiative was founded in 2007. In 2011, MCI has joined PRME, to promote responsible management education and is also a founding member of the PRME-DACH Chapter. Taking such a holistic approach in education is also part of MCI’s mission, which thrives, amongst others, on responsibility towards society.

Named according to one of the EU’s founding fathers, Jean Monnet, the European Union (EU) is supporting activities in the field of EU integration under its Erasmus+ programme. Within this context, the EU has established a Jean Monnet chair on European integration & ethics from September 2016 to August 2019.

Based on this previous chair on ethics, in September 2019 the EU has established a new Jean Monnet Chair on EU values and digitalization, which is again generously co-funded by Erasmus+. This chair closely cooperates with ethucation (an independent network for etchics and bioethics), as well as with Impact Hub Tirol (support for social entrepreneurship, formerly SETup). Chair holder member of the 'Science Alliance' of Protect our Winters (POW) Austria.

Information on this Jean Monnet Chair (in the menu bar in the upper part of this website and) also on: 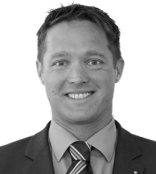